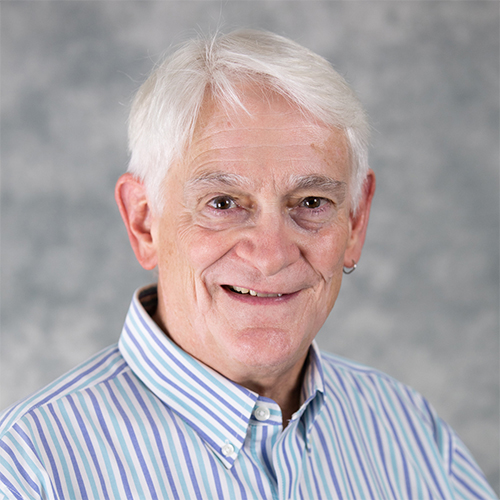 I am a social-cognitive scientist, but I have invested most of my career in computer and information sciences and technology. My research is on the mediation and support of human activities through interactive software systems. At the start of my career, at IBM’s Thomas J. Watson Research Center, I had the good fortune to be among those who formed the interdisciplinary field of human-computer interaction, HCI. This area spans about a dozen disciplines now.

My research has focused on a series of problem areas, reflecting both my own development and the emergence of software systems and infrastructures through the past four decades. I initially worked on psycholinguistic aspects of human-computer interactions, name schemes for files and commands, and naming more generally (a transition from my graduate/post-doctoral work in the linguistics and psycholinguistics), on understanding and supporting software design as a kind of problem-solving directed at what Rittel, Simon and Reitman had theorized as ill-structured problems, and on understanding and easing the problems of new users (a critical challenge in the early 1980s) as issues in active learning and task-oriented motivation.

I left IBM Research about mid-way through my career (in 1994), and since then have focused on theorizing and designing support for collaborative awareness in complex and extended computer-mediated interactions, on educational technology to support case-based and collaborative learning, and on understanding and elaborating community-based information technology infrastructures. Throughout my career I have worked on articulating the reciprocal relationship between human-computer interaction research and a diverse theory base in psychology and sociology that it both depends upon and extends.

My current work on collaborative awareness focuses on supporting an information analysis reference task in which a team of three analysts develops hypotheses about a criminal conspiracy. Currently the focus of the research is on information artifacts teams develop and use to organize their information space (of 222 propositions linking 26 persons of interest) and to coordinate their problem-solving. A recent result in this line of work was that cognitive specialization among team members appears to be a more effective collaborative resource than “mere” equity in participation; contradicting, or at least elaborating the main claim of the emerging collective intelligence movement. This work was supported by ONR for more than a decade, and is now supported by NSF.

My current work on educational technology focuses on supporting and analyzing immersive, Socratic/dialectical pedagogies, and extending those approaches to scale (i.e., massive open online courses, MOOCs). Currently, we are designing and implementing a purpose-built prototype based on two years of re-appropriation prototypes (adapting the commercial Piazza system infrastructure to support dialectical constructivist learning activities). We have carried out a study of the actual motivations of MOOC students (to understand the often-quoted but little analyzed fact that >90% of MOOC students drop out). We are now designing a new MOOC infrastructure to address this variety of student motivations more directly, and to ameliorate student frustrations with other issues identified in our empirical work, including poor support for coordination and awareness.

My current work on community information technology infrastructures is focused on better exploiting new affordances of mobile/location-sensitive technologies. I have two NSF awards currently to investigate mobile timebanking. Timebanking (the voluntary/generalized exchange of services, valued equitably by the time it takes to perform them, mediated by an information system) is an intriguing approach to creating a more inclusive community-based labor exchange, reintegrating marginalized people, providing training experiences, and building social capital. I was attracted by the amazing growth rates (annual doubling) reported Spain and Greece early in the global recession. Working with hOurWorld, the largest timebank group in North America, we extended the timebank concept to smartphone platforms. With this community of more than 20,000 timebank members, we are studying timebanking practices in general, and the adoption of mobile timebanking, and are now investigating context awareness technologies to match people to services and service opportunities that are near their current locations and better fit to their interests and skills. I am also working in a smaller scale with a local timebank I helped to establish, the Happy Valley Timebank, a member of hOurWorld.

Timebanking has many implications for alternative currency and exchange paradigms (where it is part of a design space including community scrip, cryptocurrencies, and peer-to-peer microenterprises, like airbnb), for social co-productions of safety, health, and other outcomes traditional construed as matters of “service provision”, and for reconceptualizing and reimplementing volunteer service. I have begun to analyze these implications. I am working with the International Federation of Red Cross and Red Crescent and a set of local nonprofits in Centre County, Pennsylvania, to implement a new generation of timebanks that can also mediate community volunteering.

This line of thinking has led to a range of specific projects. For example, we developed an app for the Borough of State College that allows citizens to access parts of the Borough master plan by location; they can see and comment on the planned future for the place they are standing. This way of presenting municipal planning is much more engaging to citizens (admittedly the standard is quite low). We developed an app that integrates local news feeds with tweets from local Twitter account so that people can see at a glance what is happening and what their neighbors think of it. I am quite excited by the notion of “smart cities” where more than just the electricity and sewer systems are “smart”.

I am involved in several other projects, which are at this point, somewhat less strategic for me: I am leading an NSF project on family online safety, examining how parental and teenager strategies and behaviors interact to produce risk, resilience, and other outcomes. I am coPI of Penn State’s NSF Computing Expedition; my role is currently to carry out ethnographic studies of how visually impaired people prepare for and carry out shopping tasks, and to develop a Wizard of Oz prototype of what it would be like for visually impaired people to have smart camera support for visual prosthetics in shopping. I am also coPI on an NSF project, joint with the Borough government of State College, developing support for online democratic deliberation at the municipal level. I also have some smaller quite applied projects, with Microsoft on the psychometrics of their 49 Experience Outcomes for users, and on awareness and navigation tasks for the first layer of user interface organization in smartphones and tablets, and with Bloomberg Financial on extracting themes from their database of social media interactions.